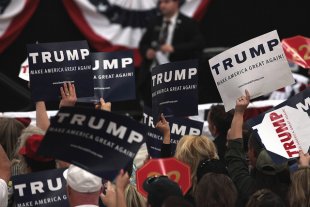 The right’s obsession with union-busting is nothing new; sadly, neither is the Democratic Party’s indifference to it. For 35 years, Democrats have ignored, acquiesced in and even supported the dismantling of the American labor movement. Believing that demography is destiny, big data is strategy and framing is persuasion, the liberal elite cast off the working class. As a result, our nation and the world now face an era of unprecedented danger. Never before has a single party had as much decision-making power: control of the executive, legislative, and soon, judicial branches of government at the federal and local level. And that single party is not mainstream, it is extremist.