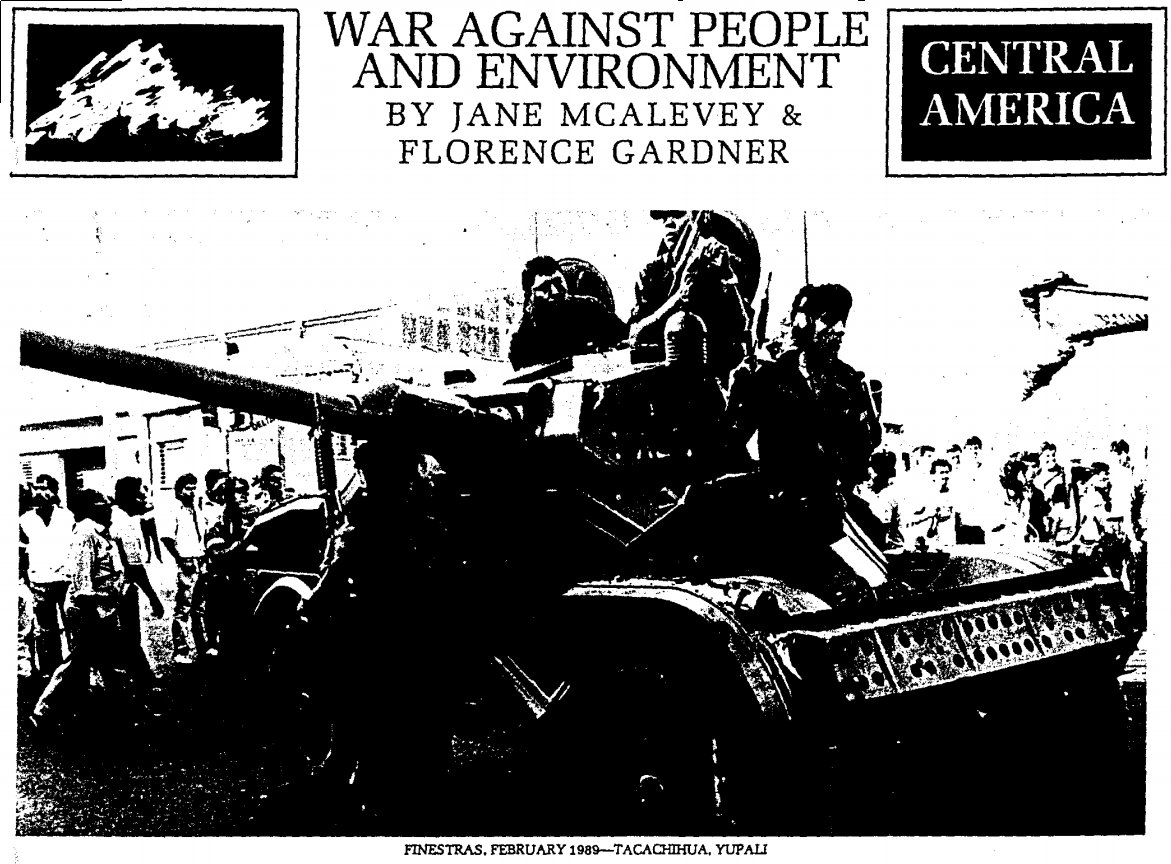 On November 10 1989 the eve of El Salvador’s recent insurrection, Guillermo Ungo, leading member of the Salvadoran political opposition, was meeting with EPOCA staff on the environmental crisis in El Salvador. It seems an odd juxtaposition that El Salvador’s opposition leadership would occupy themselves with problems of ecological deterioration as they prepared for the biggest armed offensive in ten years. And yet, it is one of several clear signs that the popular opposition has come to see the health of El Salvador’s land to be inseparable from the health of its people.

I co-authored this piece with Florence Gardner while I was still working full time in the US environmental movement. I had just returned from being “stuck” in El Salvador during the “insurrection” in November 1989. It was the first time I thought I might die, but since a lot of people did, and many more were injured, I consider myself very lucky.