Short of a General Strike, How Can Labor Stop Trump From Stealing the Election?
Lessons from Chile’s uprising—and from the 2000 Florida recount fight. 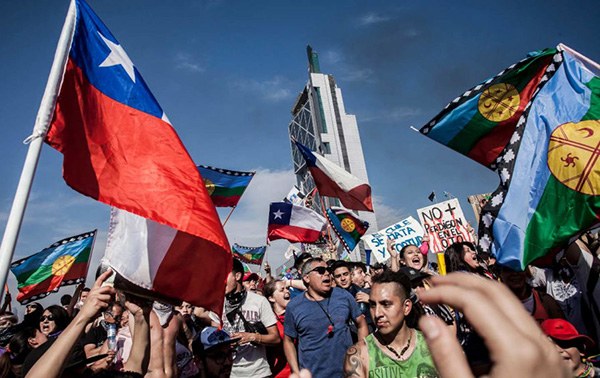 There has been a lot of social media chatter about a general strike here in the United States if the results are ambiguous and Trump tries to steal the election. It would be amazing if national trade unions here were prepared to take the same actions in November 2020 that Chile’s national unions took in November 2019—but there’s absolutely no indication that people in positions of power in significant sectors of the US economy are ready to act as boldly as Chilean leaders did.

The last time the United States was rocked by the kind of strikes that could shut down the nation was just after World War II. Many workers who took part in the 1945 and ’46 strikes worked in sectors whose jobs have long ago been automated or shipped to other countries.

At the national level now, there’s been just one elected leader who has repeatedly mentioned the phrase “general strike,” Sara Nelson, the president of the Association of Flight Attendants. According to Nelson in a recent phone call, “Are unions ready? No. But are we theoretically capable? Yes.” Getting from capable to reality is a pressing project, for 2021, 2022, and throughout the next national administration—no matter who is in power.