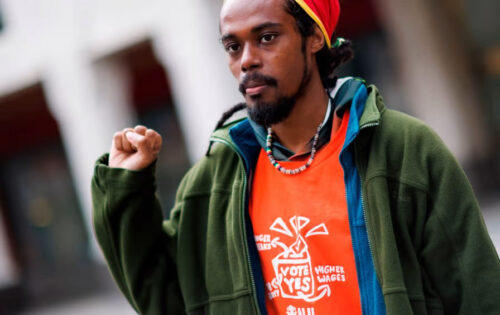 The Amazon Labor Union’s Historic Victory Was the First Step: But with the full support of the New York City labor movement and the broader community, the workers can win.

The ALU can still win on this battlefield. Better organized than many older unions, it understands that the workers on the inside need to be the focus of its efforts. Read the complete article here >> Read More 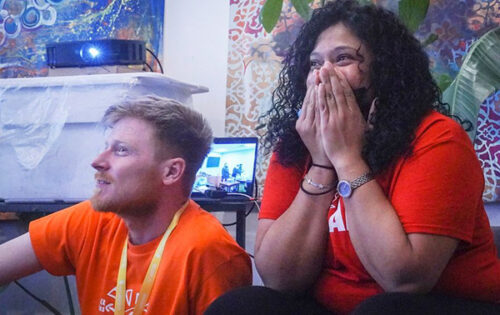 Amazon Workers Score a Decisive Win in Staten Island!: Today’s vote marks an important victory over corporate power and arrogance—and a crucial step in the fight to unionize the company.

Today’s historic win took place in what Amazon calls a fulfillment center. Next up, workers in a nearby warehouse on Staten Island, called a sortation facility (known as LDJ5), will have the opportunity to join their newly unionized Amazon Labor Union colleagues. Nothing helps workers decide to vote yes like seeing other workers win—which is just one of many reasons this victory is so important. Read More 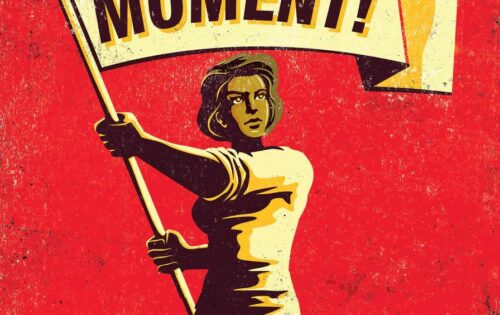 How Workers Can Win in 2022: They need to create a crisis in order to turn this country around.

Our new Gilded Age of obscene wealth and arrogance stands in stark contrast to the everyday struggles faced by tens of millions of exhausted workers fighting just to stay healthy and alive, avoid eviction, make the next month’s rent payment, or find the kind of job that will leave enough free time to help their children with homework. Read More

Labor Needs an Outside Strategy: Only worker power can make good on the promises of the Biden administration.

Despite staggering wealth and income inequality in the United States, President Biden is bargaining against himself on his already way-too-small proposal to tax the rich, and far too many Democrats oppose the measure. While disappointing, that’s to be expected. But what’s now becoming absurd in the race to the death of the working class and our unions is the lack of strikes or any serious effort to build the power required so workers can reverse fifty years of nonstop abuse. Read More 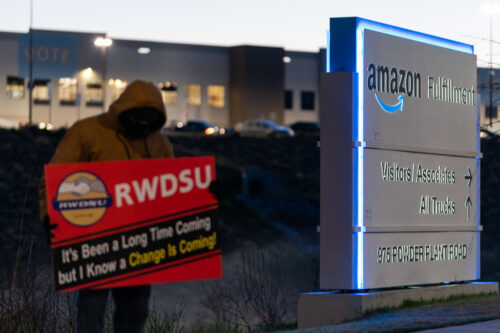 Jane McAlevey on the Union Defeat at Amazon: An Interview

Why did the Retail, Wholesale and Department Store Union (RWDSU) lose its fight against Amazon in Bessemer, Alabama? Jane McAlevey analyzed the loss in a widely read piece for the Nation. Sadly, everything she says is true. Read excerpts of Jane’s interview with Doug Henwood of Jacobin Listen ﻿ Read More