The New York Labor History Association invites you to attend the

NYLHA’s only fundraiser of the year supports a wealth of terrific free programming about labor and workers.

They do wonderful work bringing workers’ history to life and illuminating its relevance for today.

Attendance is free, with registration required and donations strongly recommended.

Robert Wechsler’s career embodies his commitment to labor education and to workers’ empowerment.   Starting at the Transport Workers Union in 1981, he served as Director of Education and Research from 1990 – 2010. The study materials and training programs he developed created an educational pipeline enabling many thousands of rank and file members to advance through local leadership and national union staff positions.

An inspired teacher, Wechsler taught history and collective bargaining at Baruch College, Empire State College, the National Labor College, and Bronx Community College.  An award-winning labor journalist, his books and articles cover a broad range of subjects, including Jewish tailors in London’s East End,  racism in the Philadelphia transit system, bargaining and contracts and much more.

An extraordinarily active Board member of the NYLHA from its earliest days, he served three terms as president, and developed an NYLHA Labor History News Service that distributed articles monthly to about 100 newspapers.

Equally accomplished on the Robert F. Wagner Labor Archives Advisory Board, Wechsler was instrumental in securing the donation of hundreds of boxes of TWU records and in the creation of a TWU oral history collection at the Archives. Just as important, he inspired and cajoled other unions to do the same. 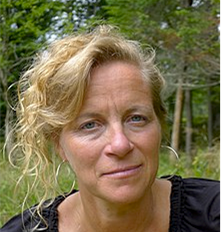 Jane McAlevey, an organizer,  negotiator, and  writer, has been described as hard-charging, wisecracking, and charismatic. Raised in an activist, fourth-generation union household, she began in community organizing and environmental justice, and, without letting go of these strong commitments, went on to work in the labor movement.

Her book Raising Expectations (and Raising Hell) covers her early work with a pioneering  Philadelphia hospital organizing campaign, including the defeat of a top union avoidance firm, and the pressure that led an employer to withdraw bogus legal charges aimed at delaying an NLRB election into oblivion. She went on to help lead a multi-union, multi-year organizing effort of the AFL-CIO (1997-2001) and direct strategic campaigns with the SEIU (2002-2008).  She earned her Ph.D from the CUNY Graduate Center in 2015, and since 2019 has been a Senior Policy Fellow at the University of California at Berkeley’s Labor Center, focusing on techniques for empowering workers.

Her latest work, Turning the Tables: Participation and Power in Negotiations, with Abby Lawlor, advocates an alternative approach to bargaining that directly engages the entire unionized workforce, with a step-by-step guide and case studies.  McAlevey is a frequent presence on tv, in film, and online, and has been hailed as an “electrifying” voice on behalf of workers and their unions.