Jane McAlevey has it out with Nato Green & Francesca FiorentiniWho says Radicals have no sense of humor?? 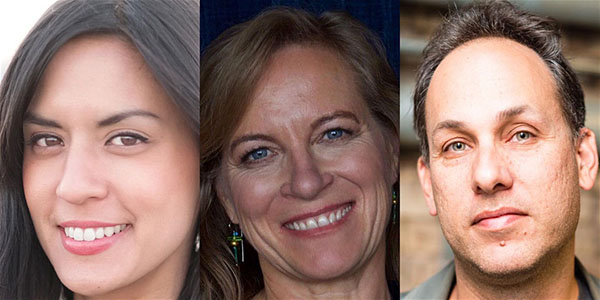 At long last, the labor organizing book talk & live podcast recording in a night club with alcohol and obscenities that everyone has been waiting for.

JANE MCALEVEY is an organizer, author, and scholar. She is currently a Senior Policy Fellow at the University of California at Berkeley’s Labor Center, part of the Institute for Labor & Employment Relations. Her third book, A Collective Bargain: Unions, Organizing, and the Fight for Democracy, argues that despite, if not because of, the withering attacks on working people from the US Supreme Court, conservative state and local governments, and the corporate class, the survival of American democracy depends on rebuilding unions.

Her first book, Raising Expectations (and Raising Hell), published by Verso Press, was named the “most valuable book of 2012” by The Nation Magazine. Her second book, No Shortcuts: Organizing for Power in the New Gilded Age, published by Oxford University Press, was released late in 2016. From 2010-2015, she earned a Ph.D., followed by a two-year Post Doc at the Harvard University Law School. She is a regular commentator on radio and TV.

Nato has also been a union organizer for twenty years, working as an organizer, union rep, and negotiator with UFCW, ILWU, CNA, SEIU Local 1021, and founding Young Workers United, the country’s first worker center for young and immigrant workers in the low-wage service sector. The Episcopal Archbishop once called him the antichrist.

Journalist, activist and stand up comedian FRANCESCA FIORENTINI has spent most of her life comforting the afflicted and afflicting the comfortable — from the streets to the screen to the stage. Most recently, she hosted “Red White & Who” on MSNBC.

As a host and producer, Francesca helped Al Jazeera Media Network successfully launch the online news channel AJ+ in 2013. She has captured online audiences with viral hits like “The Real Deal with the U.S. Mexico Border”and “How America is Already Socialist.”

In the Spring of 2016 Francesca launched Al Jazeera’s first comedy show. Newsbroke is a weekly scripted deep-dive into nuclear power, the war in Afghanistan, immigration policy and other totally non serious topics.

Francesca has also been a correspondent with “Explorer” on the National Geographic Channel since 2016. For her NatGeo work on draconian abortion laws in El Salvador she won a Media Excellence award from Planned Parenthood in 2018.

Francesca regularly speaks dick jokes to power on stage as a stand up comic. She has been featured on the podcast Lovett or Leave It (2018), the BBC Arts Hour (2018), and is a regular contributor to The Young Turks.