In August, I was in Canada twice to work with two different unions, each of whom was laser focused on how to end the regime of Canada’s seriously rightwing Prime Minister, Steven Harper. Though few imagine life will be easy for climate campaigners, working people and more under the new Prime Minister, Justin Trudeau, sending Harper and his party packing was a really good start to restoring Canada to, well, Canada.

In this picture, I am giving a keynote address to the national organizing conference of Unifor, Canada’s largest private sector union. I am holding a copy of the New York Times in my hand, with the page turned to a terrific story called “The Closing of the Canadian Mind,” by Stephen Marche, about how devious and secretive nature of the Harper era. Glad it is over, now there’s much to be done! 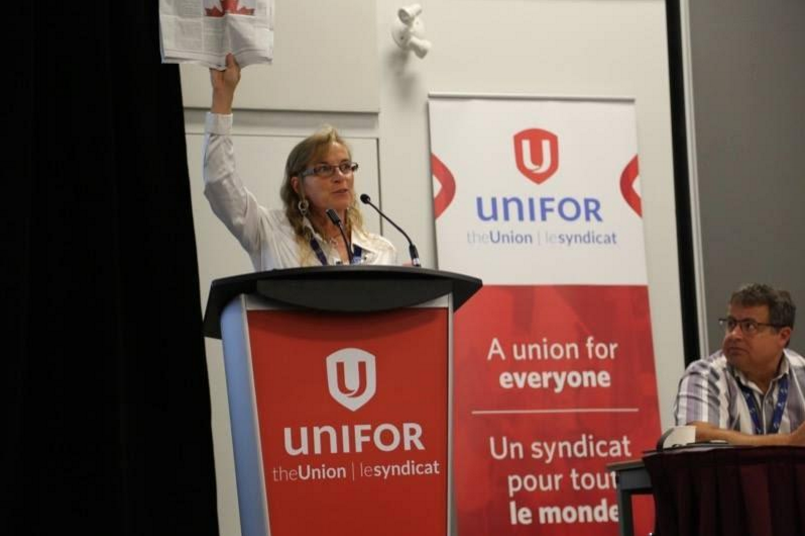